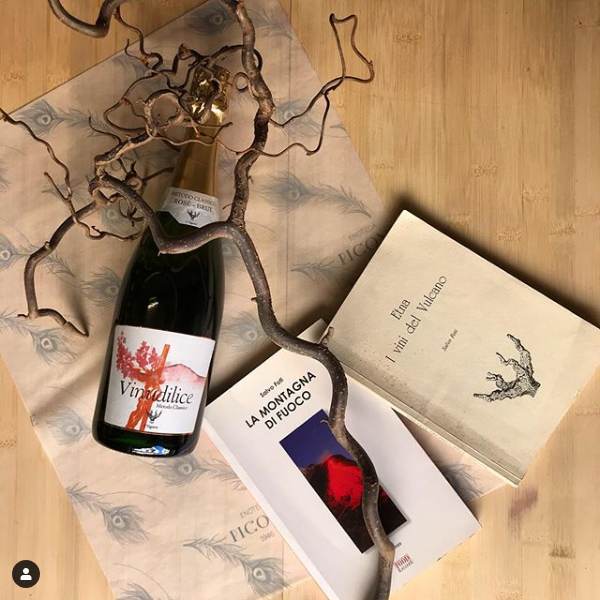 "Etna has always been a reference for us, people of Eastern Sicily. It could not be otherwise. It is a majestic presence, not only geographical, physical, but also (perhaps above all) psychological, from which the old farmers, my grandfather, looking at the white summit of the volcano, have drawn premonitions, hopes, climatic forecasts. It was they who gave me the fascination of the Etna volcano. As a child I could not imagine my land without Etna, naively, I asked, with obvious hilarity of those who listened to me, but how do others do without "a Muntagna"?" *

With "Vinudilice" (literally, son of the vineyard) we are 1300 meters above sea level, northeast side. Slightly less than one hectare planted with vines over a hundred years old. "the bee must be able to fly around the vine".

The racking and bottling follow the phases of the moon. The harvest is made possible with the help of a mule. The vines used are ancient, alicante, grecanico, minnella. Salvo Foti was the oenologist who believed (when nobody believed) in the capacity of the Etnean territory, recognizing the absolute peculiarity from zone to zone, depending on altitude and exposure. His Vigneri, in fact, enclose under a single aegis many small producers: it is difficult, given the inaccessible terrain, to find on Etna an enormous expanse of vineyards, it will be more frequent to see the dry-stone walls on the horizon, which man has erected to help himself to cultivate the most inaccessible areas. *- " Etna - The wines of the volcano " - Salvo Foti (May 2001) 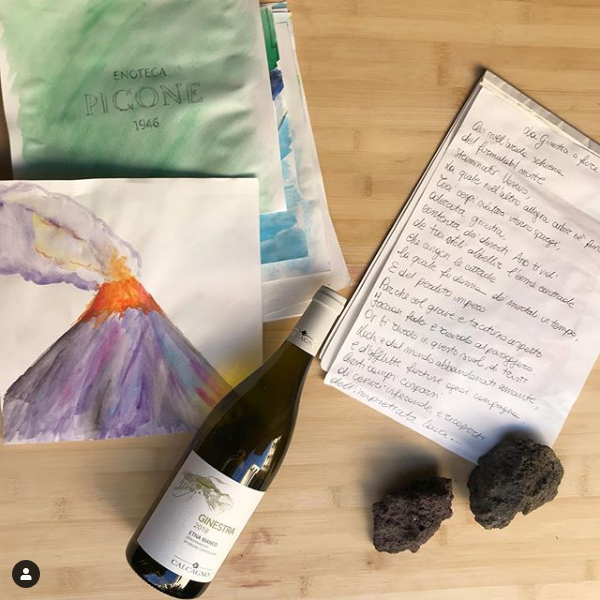 The Calcagno family has always produced wine, selling it in bulk in Italy and France. It is the only livelihood of the family. The work in the vineyard on Mount Etna is very hard, you have to fight with the territory, to make it usable, cultivable; you have to hoe, and only man in those impervious territories can do it; pick the grapes by hand, baskets on your shoulders. In the first years of the year two thousand the "Risorgimento" of Etna took place: and it was there that the Calcagno family decided to commit all their strength, physical and not, to bottle their wines. Mr. and Mrs. Calcagno had to face many perplexities when they decided to bottle several labels from the same grapes in the same vintage: for those who own not even six hectares it is something apparently expensive. But it is necessary to explain to those who do not live it that the volcano is alive: the lava with its slow flow through the centuries, its uncontrollable paths, has stratified in different ways in different areas: there lies the foresight to distinguish how this is reflected in the vine, which draws its nourishment from that very soil, and makes its portrait in the grapes. This is where the districts are born. The lava destroys everything in its path, but the brooms that surround the vines, with their inexorable flowering, symbolize rebirth. Ginestra is the name of their white wine, Etna DOC, made from carricante grapes. 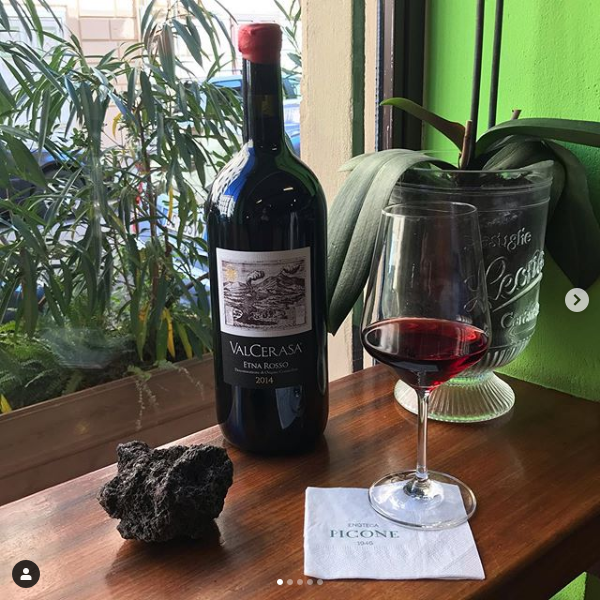 One of the companies that at this moment best represents the historicity of Etna is Alice Bonaccorsi. Creator of its vineyard and agronomist, its 14 hectares are located on the northern slope, 800 meters above sea level, contrada cross monks. The whole vineyard is planted with saplings, also because there would be no alternative: the terraces are the master, where centenarian trees alternate with young rooted cuttings. Impetuous and elegant at the same time, the red Etna valcerasa perfectly portrays Alice's character: true and sensitive, attentive and aware; the wine is bottled only when it is ready to be drunk.